on December 04, 2013
Today's entry is a birthday commemoration: on this day in 1903, author Cornell Woolrich came into the world. Woolrich's crime fiction was utterly adaptable, a favorite target for radio producers. His works You'll Never See Me Again and The Black Curtain were adapted by the radio classic Suspense. 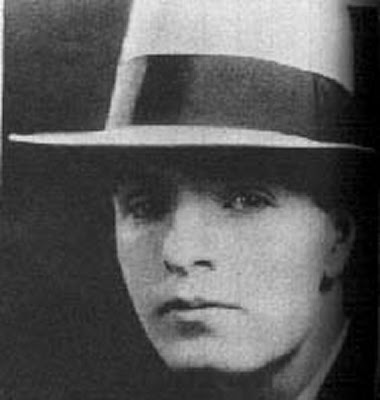 In fact, each of these was presented more than once. The first time The Black Curtain rolled on Suspense, the cast included Cary Grant and Hans Conried. Other stars of Woolrich adaptations include Joseph Cotten, Robert Young, and William Spier.

Woolrich led a lonely, stark life. He lived with his mother in Harlem until her death, after which he drifted from hotel room to hotel room. To make matters worse, he suffered an infection that led to one of his legs being amputated. This life of suffering infused Woolrich's work--his characters, too suffered.