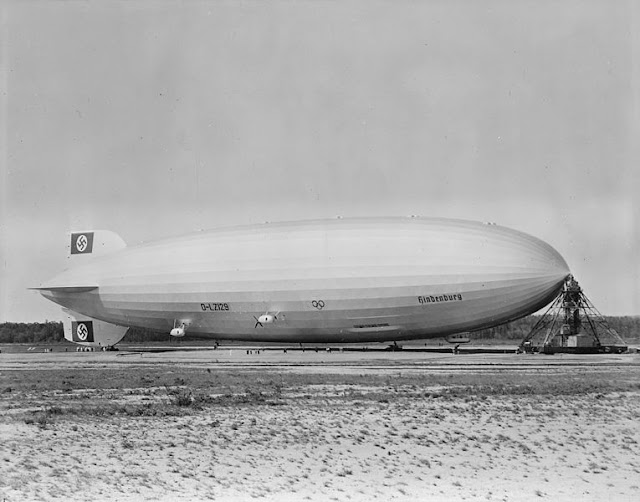 April 27, 1932: The unforgettable moment on this day was the explosion of the Hindenburg airship at Lakehurst, NJ. The disaster was reported by NBC's broadcaster Herbert Morrison and became the first recorded coast-to-coast broadcast.

The Hindenburg disaster occurred on Thursday, May 6, 1937. The German passenger airship LZ 129 Hindenburg burst into flames during its attempt to dock with its mooring mast at the Lakehurst Naval Air Station. Lakehurst Naval Air Station was located adjacent to the borough of Lakehurst, New Jersey. 97 people on board lost their lives to the disaster, and there were 35 fatalities as well as one death among the ground crew.

The disaster became spectacular newsreel footage, as well as the subject of some spectacular photographs. Herbert Morrison made radio recordings of eyewitness reports from the landing field, which were then broadcast the next day on NBC. The actual cause of the fire remains unknown, although a variety of hypotheses have been put forward for both the cause of ignition and the initial fuel for the ensuing fire. The incident shattered public confidence in the giant, passenger-carrying rigid airships and marked the end of the zeppelin era.

This and many other memorable moments in radio history can be heard in Old Time Radio's Great Moments in Radio History Collection.
The First Recorded News Coast to Coast Broadcast