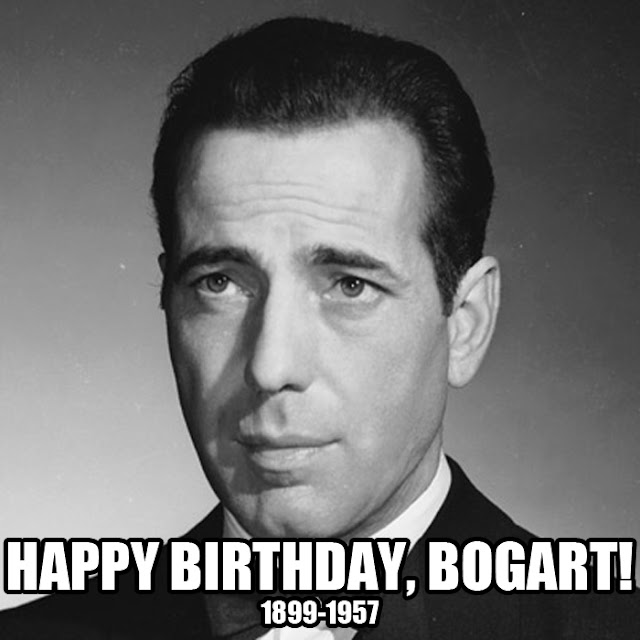 Humphrey Bogart, born December 25th, 1899, was an American actor dubbed the greatest male star in the history of American cinema by The American Film Institute. Bogart attended a prestigious academy in Andover, Massachusetts as a young man, but he was eventually expelled from the institution. With no other options, Humphrey joined the Navy. While serving, he was injured in the bombing of the USS Leviathan. The partial facial paralysis that resulted from the attack gave him the signature vocal and facial style that he became famous for.

Many people identify Bogart as a film actor, but he actually made numerous radio appearances after moving to Hollywood. Both Lux Radio Theater and Screen Guild Players featured famous actors in their starring roles, and Bogart made numerous appearances on these programs. He also performed on Command Performance, a post World War II program that let Bogart chat with Lauren and Frank Sinatra. In addition to his regular positions, he also had several guest appearances on shows such as Jack Benny.

Bogart, a heavy smoker and drinker, was diagnosed with cancer of the esophagus in January of 1956. On January 14th, 1957, weighing just 80 pounds, the legendary actor passed away at the age of 57.