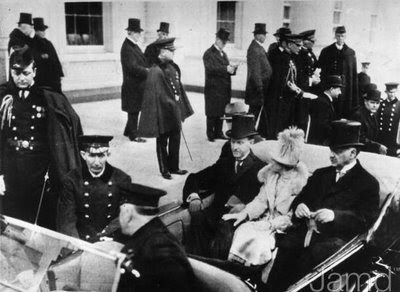 March 4, 1925: On this day, inauguration of President Calvin Coolidge was broadcast from the President's oath of office in Washington DC for the first time.

The inauguration was the second inauguration of Calvin Coolidge as the beginning of his second term as the 30th President of the United States. The event was attended by Charles G. Dawes as Vice President. Chief Justice and former president William H. Taft administered the Oath of office, and It was the first time an inauguration was broadcast nationally on radio. 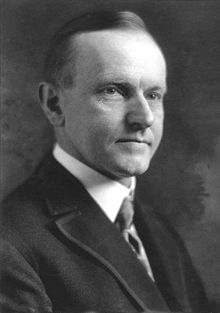 This country needs every ounce of its energy to restore itself. The costs of government are all assessed upon the people.

This means that the farmer is doomed to provide a certain amount of money out of the sale of his produce, no matter how low the price, to pay his taxes. The manufacturer, the professional man, the clerk, must do the same from their income. The wage earner, often at a higher rate when compared to his earning, makes his contribution, perhaps not directly but indirectly, in the advanced cost of everything he buys.
The expenses of government reach everybody.
Taxes take from everyone a part of his earnings and force everyone to work for a certain part of his time for the government.
When we come to realize that the yearly expenses of the governments of this country...the stupendous sum of about 7 billion, 500 million dollars -- we get...700 million dollars -- is needed by the national government, and the remainder by local governments.
Such a sum is difficult to comprehend. It represents all the pay of five million wage earners receiving five dollars a day, working 300 days in the year. If the government should add 100 million dollars of expense, it would represent four days more work of these wage earners. These are some of the reasons why I want to cut down public expense.
I want the people of America to be able to work less for the government -- and more for themselves.
I want them to have the rewards of their own industry. This is the chief meaning of freedom.
Until we can reestablish a condition under which the earnings of the people can be kept by the people, we are bound to suffer a very severe and distinct curtailment of our liberty.
These results are not fanciful; they are not imaginary. They are grimly actual and real, reaching into every household in the land. They take from each home annually an average of over 300 dollars -- and taxes must be paid. They are not a voluntary contribution to be met out of surplus earnings. They are a stern necessity. They come first.
It is only out of what is left, after they are paid, that the necessities of food, clothing, and shelter can be provided and the comforts of home secured, or the yearnings of the soul -- for a broader and more abundant life gratified.
When the government affects a new economy, it grants everybody a life pension with which to raise the standard of existence. It increases the value of everybody's property, raises the scale of everybody's wages.
One of the greatest favors that can be bestowed upon the American people is economy in government.
calvin coolidge The First President's Inaguration Broadcast on Radio