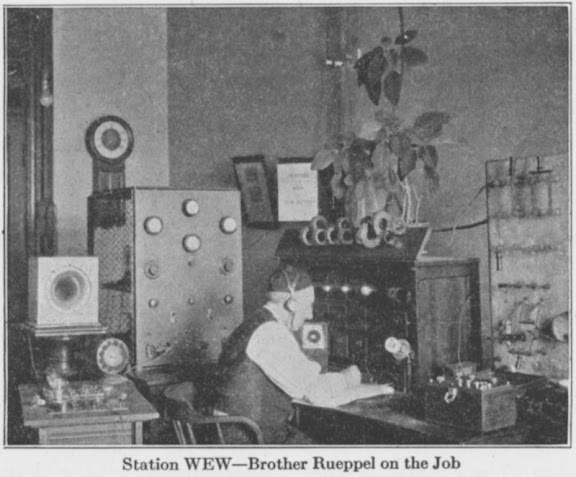 April 27, 1921: WEW Radio Station in St. Louis was the first radio station that aired broadcast weather on this day.

Radio Station WEW, originally was radio station of Saint Louis University. Brother Rueppel, who studied meteorology only by training, began his experiment with radio in 1912. He worked together with other researchers and the U.S. Weather Bureau. His experiments with "radio-telephone" station 9KY made WEW grew and he remained as technical director on WEW for over 25 years through the golden age of radio until his death--that was only one day before WEW made it's first FM broadcast.
The First Weather Broadcast on Radio