September 9, 1946 'Heart's Desire', A giveaway contest program on the MBS 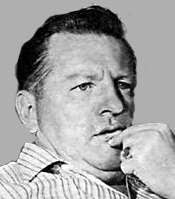 This radio quiz show program was transmitted nationwide over Mutual Broadcasting System for a half hour five days a week. Initially it was a supporting program of MBS. Later, Phillip Morris & Company Limited began to sponsor half of the show. It was on the air for approximately two years.
'Heart's desire' A giveaway contest program on the MBS