on January 04, 2014
January 4, 1932: The Carnation Contented Hour was aired by NBC Red. Serving as a showcase for top singers and musicians, the show enjoyed a lifespan of 19 years on network radio. 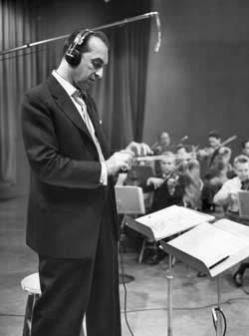 The Carnation Contented Hour was sponsored by the Carnation Milk Company. The program was a long-running radio music series that made its debut on April 26, 1931 and was broadcast by the regional NBC West Coast network. The full network series began on January 4, 1932 and lasted for two decades until the final broadcast on December 30, 1951.

The show took ""Contented"" as the theme of the opening. The musical variety show featured Josef Pasternack as conductor, and he remind at that position until he died of a heart attack during a rehearsal.

Until October 24, 1932, the program featured Gene Arnold and Herman Larson and was broadcast over NBC Blue on Mondays at 8 PM. Buddy Clark joined the cast on October 31, 1932. From October 2, 1949 until December 30, 1951 it was heard Sundays on the Columbia Broadcasting System, with Dick Haymes and Jo Stafford serving as co-hosts.
The Carnation Contented Hour Broadcast on NBC Red