on January 05, 2014
January 5, 1940: 1941-The year that saw the first FM transmitter put into operation. Major E.H Armstrong developed the new medium, which was free of interference, static, and noise in thunderstorms. The Federal Communications Commission (FCC) conducted the very first FM radio demonstration. 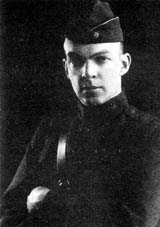 The story turned tragic for Major Edwin Howard Armstrong, an American engineer and Columbia University graduate. His invention, the FM radio, became a very popular broadcasting medium, although there were only a few people who knew that he was the man behind it. Even more hurtful for him was the fact that companies began to manufacture and sell FM equipment, ignoring all of Armstrong's patents.

As result, he filed infringement lawsuits, which caused him to lose his entire fortune. Eventually, in 1954, he committed suicide. His widow decided to finish what he had started and continued pursuing the lawsuits.
First Demonstration of the FM Radio