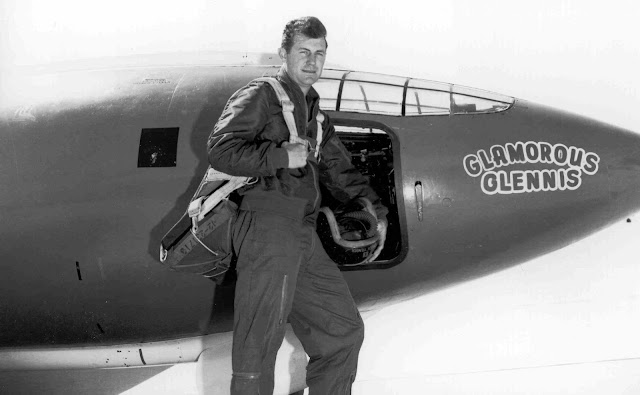 Chuck Yeager, the first pilot to break the sound barrier, was born on this day in 1905.  The pride of Hamlin, West Virginia, he enlisted in the Air Force and served in WWII.

Yeager made a few interesting radio appearances.  In 1951, he guested on The Bob Hope Show giving the host a ride in an airplane.

In 1953, The Hallmark Hall of Fame dramatized General Yeager's breaking of the sound barrier, with Raymond Burr, Lamont Johnson, and host Lionel Barrymore.  After the program proper, Yeager had a brief conversation with Barrymore.

Finally, he appeared in a brief clip on the series Eyes On the Skies, discussing the Ground Observer Corps.