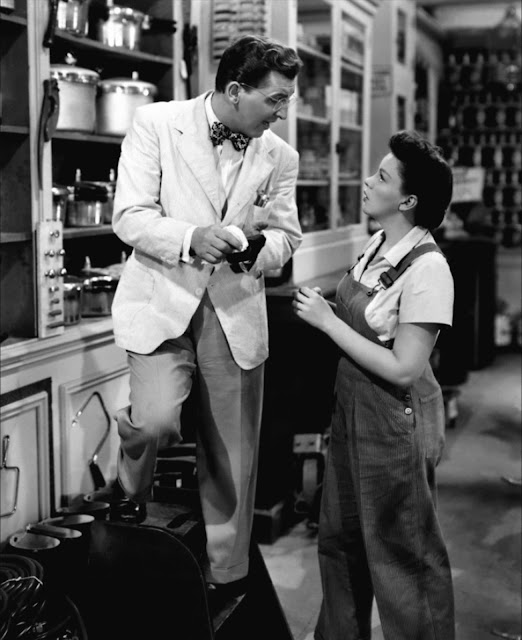 Just read through the episode titles of The Eddie Bracken Show and you know there's been a mix-up and that hilarity is about to ensue. There's "Switching Beauty Contestant Pictures, " "The Pretend Marriage and Baby Scales," and "To Borrow a Pig."

On that note, we celebrate the 1915 birth of Eddie Bracken, radio star who also shone on the stage and screen.

The oldt ime radio show bearing Bracken's name aired on Sundays from 1945-1947. The man who always had a sarcastic expression on his face also put in guest appearances on Suspense, Academy Award Theatre, Kraft Music Hall, and NBC University Theatre.