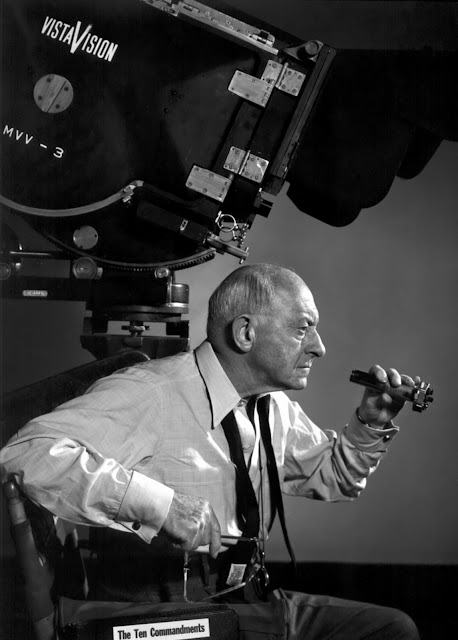 Cecil DeMille was a regular actor and frequent host of The Lux Radio Theatre, working alongside such greats as Loretta Young, Lionel Barrymore, Clark Gable, and Geraldine Peck. His run on the show stretched from 1936-1945.

DeMille was amazing in his ability to adapt to media after media. Born--today--in 881, he began as a stage actor and writer. He met the new medium of film and began directing silent films in 1914. When radio began crackling over the airwaves, he became a virtuoso in that form, also becoming a legend in talkies--motion pictures with sound.

We salute a paragon of versatility, a man known as a filmmaker whose legacy also includes great work in front of the microphone.