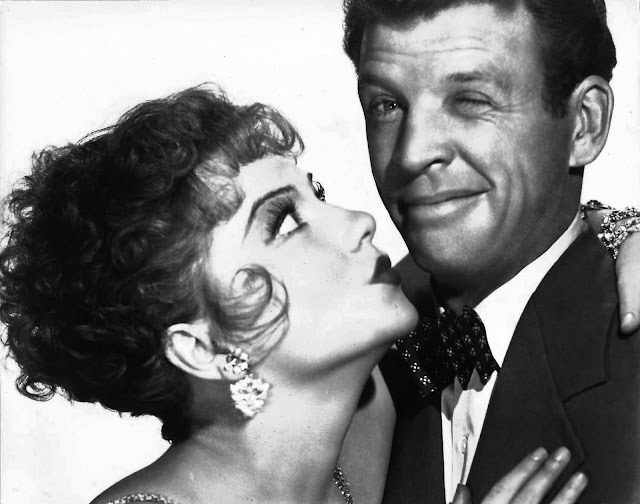 There's no business like show business. Like no business I know! Just ask Dan Dailey, who starred in the film by that name. Dailey was a song-and-dance man, a hoofer with a unique style, not quite Fred Astaire but an entertainer of millions nonetheless. He was twice nominated for an Oscar (Best Actor, When My Baby Smiles At Me and Best Actor in a Musical or Comedy for When Willie Comes Marching Home) and took home a Golden Globe for Best Actor (for the TV series The Governor & J.J.)

Dailey's prodigious career is also made distinctive because of the outstanding actors with whom he starred. These included Johnnie Ray, Marilyn Monroe, Betty Grable and John Wayne.

Dan Dailey, like most big stars of the mid-century era, made many appearances on some of the most prestigious radio programs such as Lux Radio Theatre, Screen Directors Playhouse, and Philco Radio Time. On Lux  he reprised roles on his films Tomahawk, Mother Wore Tights, and Blue Heaven.

Dailey was born today in 1905, and we salute him and thank him for the memories!
Dan Dailey Fred Astaire