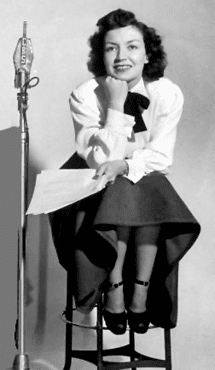 Lewis moved from her hometown of Spokane, Washington to Chicago and found work on The First Nighter Program. Eventually, Lewis moved back across the country to Hollywood, where she had starring roles in the Pasadena Playhouse productions of Stage Door, Winterset, and To Quito and Back.

In 1943, Cathy met and married Elliot Lewis, a radio actor and writer. They both became staples of the vintage radio scene, regulars among the group known as Hollywood’s Radio Row. The pair appeared both together and separately on programs such as The Whistler. Together they co-created the respected anthology series On Stage and helped to steward the popular mystery's program Suspense. Cathy and Elliot began to be billed as “Mr. and Mrs. Radio.”

Cathy is most remembered for her role as Jane Stacy, a sensibly droll woman that roomed with Irma Peterson in the television comedy My Friend Irma. A lot of Lewis’ early film work was uncredited, but she was eventually able to get bigger roles, such as the female lead in Double Trouble and of course the role in My Friend Irma.