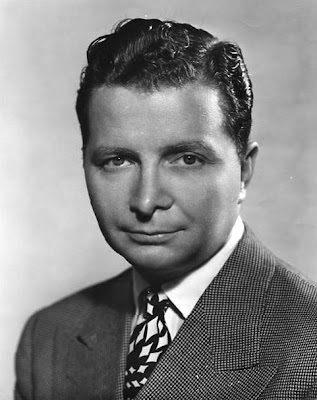 Meet Mr. Morgan, a bow-tie wearing, wide-grinning, wise-cracking radio host who anticipated the post-modern, bite-the-hand-that-feeds-you attitude of David Letterman, Howard Stern and others who would criticize their own network and sponsors on the air.

Starting out as a page at WMCA, he worked his way up through announcing to getting his own show, even if it was only a fifteen-minute one, in 1940 for station WOR. He would kick off broadcasts by saying "Good evening, anybody, here's Morgan." This was as a sly piece of satire aimed at announcers who addressed "everybody" at the top of their broadcasts, assuming their audience was that all-encompassing.

ABC gave him his shot at a half and hour slot, and he gained a national reputation for his biting wit.

After years of antagonizing his sponsors, Morgan did the next logical thing and moved to Canada to work for CBC, public radio. There, he quickly drew the ire, not of a sponsor, but of a show producer. After the producer said that Morgan's comments had no beginning and middle and end, the cantankerous veteran host interrupted one of his own commentaries by shouting "this is the middle!!" and therefore stopped working for the CBC.