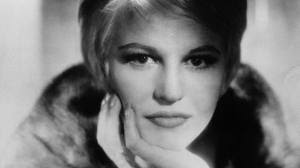 Al Jolson, John Wayne, and Peggy Lee were all born on May 26. For Lee, it was 1920, in Jamestown, ND. Lee is celebrated as a gifted songstress who brought to life such hits as Fever, Why Don't You Do Right? and Elmer's Tune.

Lee sang in Benny Goodman's orchestra from 1941 til 1943 before moving on to a solo recording career and roles in several hit films. She would then win a Grammy in 1969 for Best Contemporary Vocal Performance for her song "Is That All There Is?"

Naturally, Ms. Lee spent her share of time on the radio, appearing on Bing Crosby's Philco Radio Time many a time, as well as Crosby's Chesterfield Presents the Bing Crosby Show. She also appeared in many sustaining broadcasts.