The persona Phil Harris created on the radio was one who was easy to like. He was a happy-go-lucky hep cat who never met a bottle or a pretty girl that he didn't like. By reputation, he made acquaintances with plenty of both. Most of all, the radio Phil Harris was easy to like because he was a fundamentally happy fellow, as willing to laugh at himself as he was to laugh at those around him. 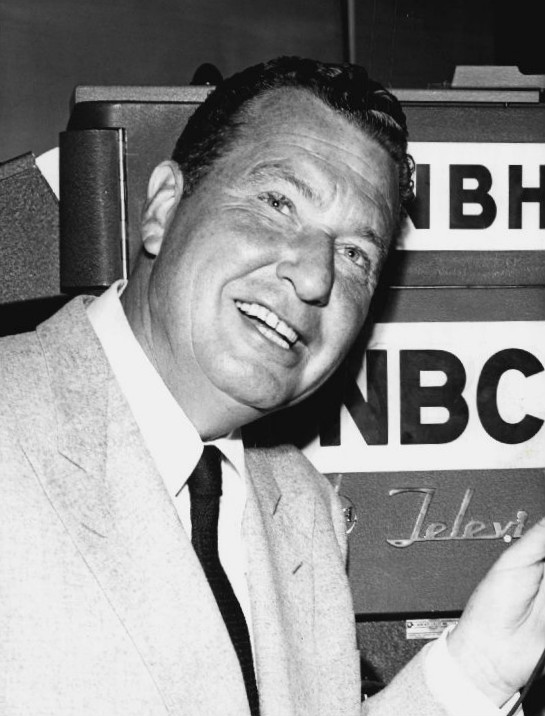 When your boss is Jack Benny, of course, there is plenty around you to laugh at. Phil is best remembered as one of Benny's many “second bananas”, although he had a relatively successful career beyond the Jack Benny Program. He was never quite a superstar, but that seems to have been just alright with him.
On June 24, 1904, Wonga Philip Harris was born to circus performers Harry and Dollie Harris in Linton, Indiana. Harry, a circus band leader, taught the lad to play several instruments and gave his son his first gig, playing drums under the big top. The boy played in movie houses in his hometown, but got into music in a big way when the family settled in Nashville. He dropped the Wonga and played around the South with his band, the Dixie Syncopators. Eventually, Phil found his way to the West coast, leading the house band at San Francisco's St. Francis Hotel, and later headlining at L.A.'s Cocoanut Grove nightclub at the Ambassador Hotel in 1932.

In 1936, Harris was hired as the musical director for The Jello Program Starring Jack Benny. It became apparent off the air that Phil could handle a snappy comeback, so Jack encouraged his writers to give him more lines. The character developed for Phil was above remembering names and had nicknames for most of the principals on the show. He always greeted the boss with “Hiya Jackson” and Mary Livingstone became “Livvy”. On Phil's first appearance, Jack describes him as a good looking fellow, the kind of guy you can trust with your best girl, if you can trust your best girl!

The real success in Phil Harris's life was his marriage to actress Alice Faye. Alice was one of Darryl F. Zanuck's protégées, one of 20th Century Fox's most dependable money makers. Faye and Harris first met on the Rudy Vallee's Fleischmann Hour in in 1932. Although they were both married to other people at the time, Harris got in a fist fight at the Trocadero nightclub in 1938, defending Faye's honor. After they both divorced the couple was married in 1941. Phil and the whole band joined the Merchant Marine during the War while Alice continued her movie career.

The movie career soured during Faye's last picture with Fox. Zanuck was grooming another protege, and ordered many of Faye's scenes cut to cast a better light on the new girl. Alice was so upset that after the screening, she got into her car, drove off the lot and left the key to her dressing room with the guard at the gate. Her movie fans begged her to come back, but Alice found plenty to do, learning to run a household and raising the Harris kids (Phil Jr, adopted during Phil's first marriage, and daughters Alice and Phyllis) and running a household. She was still able to work with Phil in radio on The Fitch Bandwagon. The program was a showcase for big bands, including Harris's, but with the addition of Alice it became a delightful family situation comedy.

The Fitch Bandwagon morphed into the Phil Harris/Alice Faye Show when a new sponsor, Rexall Drugs, came on board. The Harris' essentially played themselves, and the shows featured a song from each of them each week. The show was often in the top 10, and may have actually increased Alice's popularity after she left the movie business.

Phil remained part of the Jack Benny Program. There was a scheduling conflict when Jack left NBC for CBS. Phil would only appear during the first half of Jack's show, then left the studio to walk over to NBC for his own show. In 1952, Bob Crosby took over as Jack's music director. There was some talk of bringing the Phil Harris/Alice Faye Show to TV, but the Harris' were not particularly interested.

Phil had a small part in the 1954 John Wayne film, The High and The Mighty. He also took his talents to the Disney Studios, appearing as Baloo the Bear in The Jungle Book and Abraham de Lacey Giuseppe Casey Thomas O'Malley the alley cat in The Aristocats.

Phil Harris died of a heart attack at his home in Rancho Mirage, in 1995. Alice had Phil's remains cremated, and kept them near her for the rest of her life. After her passing, she was also cremated, and they now share a space in the mausoleum at Forest Lawn. Two stars on the Hollywood Walk of Fame honor Phil Harris, at 6508 Hollywood Blvd for his work in recording and at 6651 Hollywood Blvd for his contributions to radio.