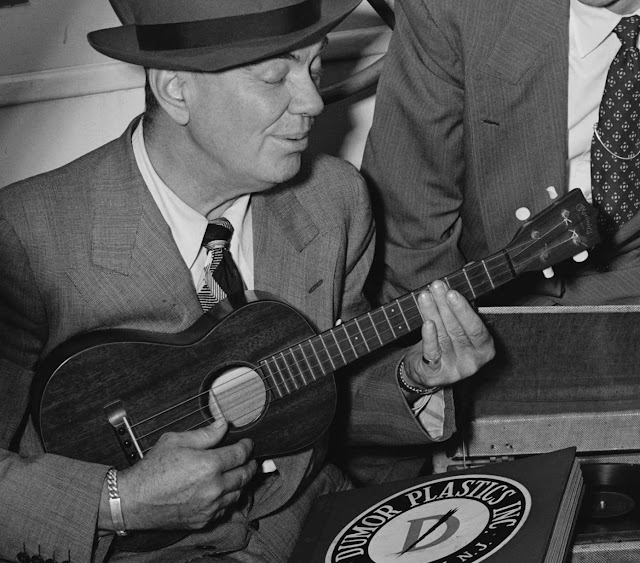 What did Disney’s Jiminy Cricket and Cliff Edwards have in common? The answer is that they were one in the same. Born in 1895 in Hannibal Missouri, Edwards would eventually become the voice of the famous conscience of Pinocchio in 1940. Cliff Edwards spent an incredible part of his career as a voice actor for varied formats. He was also a singer of many of the popular hits of the day, such as “Yes Sir, That’s My Baby” and “Singin in the Rain”. Edwards, or “Ukelele Ike”, became involved accompanying himself with the ukelele and was involved with the Ziegfeld follies. He turned that smallish string instrument into a popular item during the 1920’s. Throughout his few decades of working in entertainment, Clifton Edwards would appear in a number of movies as a character actor and a few Broadway performances. One of his friends of the day was the very creative Buster Keaton. Mr Keaton worked with Edwards in a few of his major motion pictures of the day. In 1932, Clifton Edwards got his first shot at national radio with CBS. Before he gained popularity for television with his 3 times a week variety show, named after him; Edwards spent a number of years hosting radio programs. He was married three times and unfortunately spent most of his fortune paying alimony. Sadly, Cliff Edwards passed away in 1971 with very little fanfare or public notice. Walt Disney Studios payed for his headstone that adorns his gravesite to this day.
Buster Keaton Cliff Edwards famous conscience of Pinocchio in 1940 Singin in the Rain That’s My Baby Ukelele Ike Yes Sir