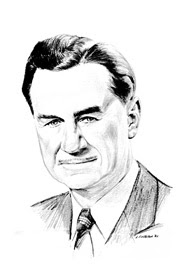 March 21, 1924: On this day, Lowell Thomas was talked about "Man's First Fight Around the World" on KDKA in Pittsburgh,PA. This was his first radio broadcast.

Lowell Thomas was a first broadcaster and also a world traveler, a lecturer, and a profile writer.
Thomas's started his broadcast career at  KDKA, Pittsburgh. As a start, he hosted an one-hour program about the successful story of the first aerial circumnavigation of the globe. The War Department asked Thomas to covered event while they fly. The feat was comparable to Magellan’s first circumnavigation by sea.
first broadcast Lowell Thomas