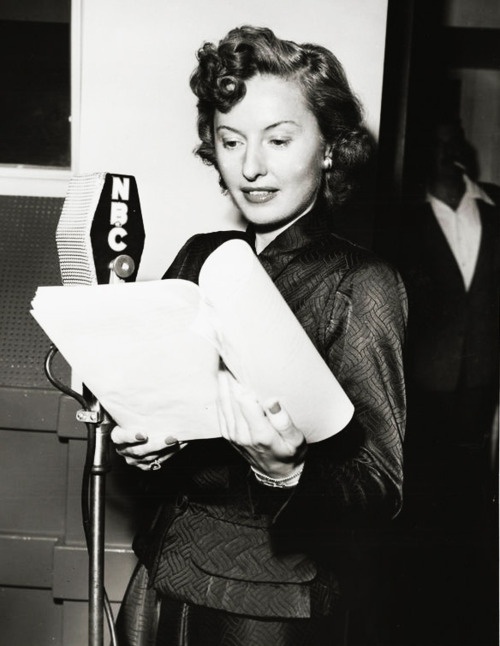 On July 16, 1907, Barbara Stanwyck, once considered to be the highest paid actress of her time in America, was born. Originally known as Ruby Stevens, Miss. Stanwyck’s first tour of duty as an entertainer is when she traveled with her older sister, who was a Jort Cort showgirl, learning behind the scenes of the business. By 1922, she was hired as a dancer for Ziegfeld Follies, “just so she could eat.” Over the next few years she worked for an unseemly nightclub doing late shows as a chorus girl. Over the years she had a long-running success in motion pictures and televisiStella Dallas (among others) were brought to radio on Lux Radio Theatre. In a different portrayal, to that of the legendary Agnes Moorehead, Stanwyck did a run on Lux with Suspense. Varied radio theatre productions carry her movie performances around the country. Miss Stanwyck was married twice and had one adopted child. It was said that leading men of her day were also considered very close friends, usually platonically; as she prefered their company. Barbara Stanwyck died in 1990 of congestive heart failure. The much loved and celebrated Ruby Stevens had gone on.
on. Barbara Stanwyck was top favorite to guest star on radio programs, such as The Jack Benny Show and Burns and Allen.
Barbara Stanwyck Lux Stella Dallas suspense Ziegfeld Follies