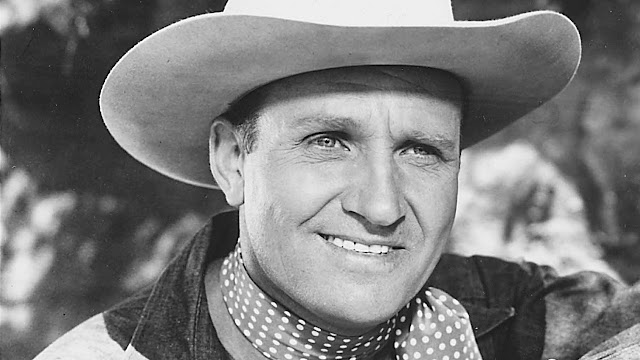 A teenage Autry took a job operating a telegraph wire, sending people's messages for them.  One day, in walked the comedian Will Rogers.  Autry, a good worker though he may have been, happened to have been playing a guitar between customers.  Rogers was impressed with what he heard and encouraged Autry to go into show biz.

To Autry this meant landing a spot of Tulsa's KVOO, billed as "Oklahoma's Yodeling Cowboy."

From there it was a successful radio career that would then propel Autry into the role of radio host, taking the helm of a show sponsored by Wrigley's.  The CBS show put on a spread, not just of music and comedy, but even drama.  It lasted a lot longer than a stick of gum: 16 years in all.

In the spirit of honoring that kind of longevity, we take off our hats and offer a cowboy salute to Gene Autry.