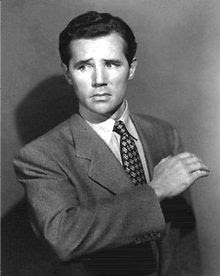 September 29, 1946: The Adventures of Sam Spade was on air in the summer of 1946 on ABC every Friday night. Mystery fans remember it's Sunday night debut on CBS. The Adventures of Sam Spade, with Howard Duff playing Spade, became a big hit in the Sunday night radio lineup. And now a word from our sponsor: "Use Wildroot Cream Oil, Charlie ... it keeps your hair in trim..."

It was one of the most famous detective radio shows on at that time. Sam Spade was the main private detective character, played by Howard Duff, a famous American actor born on November 24, 1913. His spouse's name was Ida Lupino and his daughter's name was Bridget Duff. In 1984, Howard Duff divorced Ida Lupino and later married Judy Jenkinson. At the age of 76, Duff died suddenly of a heart attack on July 8, 1990 in California.
'The Adventures of Sam Spade' A famous radio show