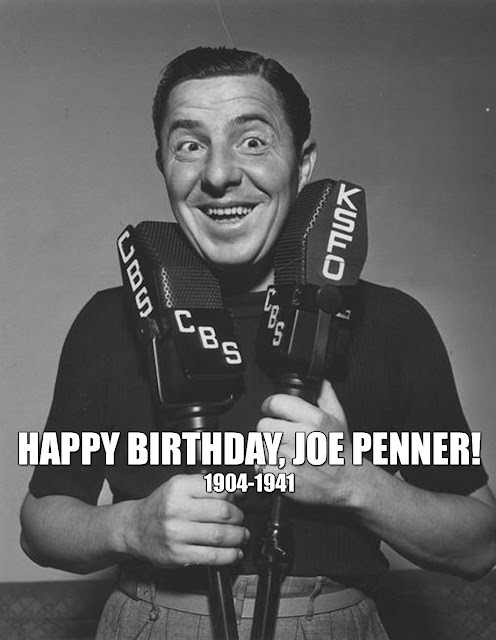 An ethnic Hungarian born on November 11th, 1904 as József Pintér, Joe Penner passed through Ellis Island as a child when his family moved to New York City. Penner began his successful radio career with the help of Rudy Vallee, who helped him earn his own radio show, The Baker’s Broadcast. The program began on NBC’s Blue Network on October 8th, 1933. Penner’s crazy, zany comic style was punctuated by his catchphrase, “Wanna buy a duck?”

Joe Penner was voted as radio’s top comedian of 1934, but an ad dispute caused him to quit his radio show. Vox Pop began as a summer replacement series for Penner in 1935 until the creation of The Joe Penner Show on radio in 1936. Penner died of heart failure in 1941 at the young age of 36.
Happy Birthday Joe Penner