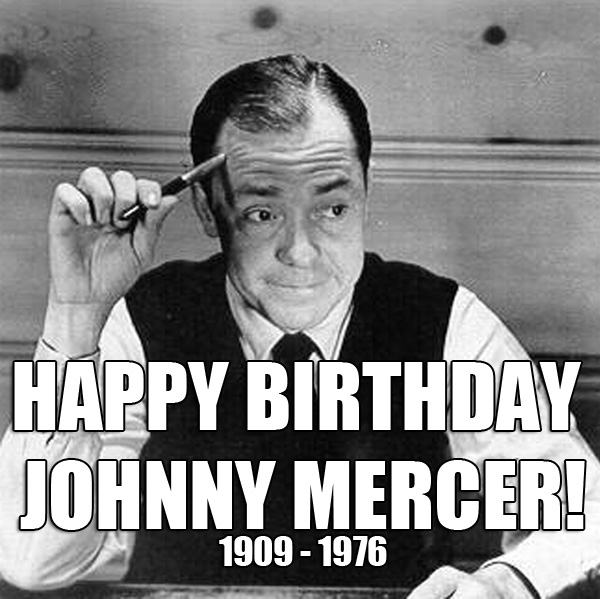 The multi-talented Johnny Mercer may be best known as one of Tin Pan Alley's best lyricists, but he also made great contributions to radio, working as the emcee of the show "Caramel Caravan" featuring The Benny Goodman Orchestra, and later hosting his own series, "Johnny Mercer's Music Shop." On this show, running 20 episodes, Mercer would sing his own songs, host other singers and musicians, and tell a few jokes. This allowed Mercer, who usually supplied others with words, to be in the spotlight and to showcase his extroverted personality and easy, Southern charm.

His songwriting credits include "Moon River," "In The Cool, Cool, Cool of the Evening," "Hooray for Hollywood," and "That Old Black Magic." "Johnny Mercer's Music Shop" treated listeners to performances of such ditties as "Tired Teddy Bear" (Jo Stafford and Pied Pipers), "Highway Polka" (Jo Stafford, Pied Pipers) and "I Can't Get the One I Want."

Johnny Mercerwas born in Savannah, GA, in 1909, and went to New York at 17, hoping to break in as an actor. While he would make some imprint in many facets of show biz, he would go down in history as one of the great lyricists of all time.
Benny Goodman Johnny Mercer's Music Shop Tin Pan Alley