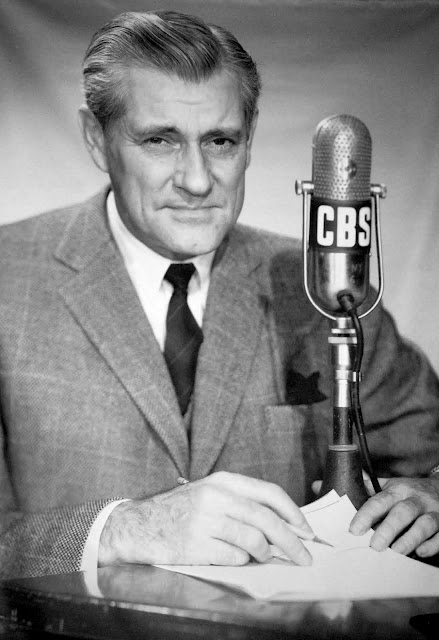 He was the first to report the fall of France to the Nazis. He was shot down over Burma and rescued by a commando unit. He also reported from Paris as American troops marched through its streets triumphantly. Remembering Eric Sevareid, CBS radio news correspondent, who was born on this date 90 years ago.

He was one of Murrow's Boys. Cecil Brown got torpedoed on a British ship by the Japanese and presumed dead.  Winston Burdette was a Soviet spy and his wife was murdered.  William R. Shirer tricked the Nazis and became the first correspondent to break the story of the French surrender.
Eric Sevareid Happy Birthday WWII Radio News Correspondent