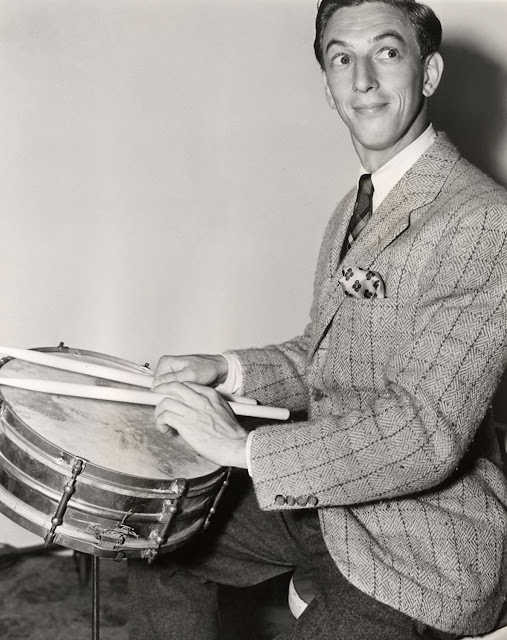 Born on this day in 1904, Ray Bolger may be best known as the scarecrow in The Wizard of Oz.  But this is a radio blog!  Let's talk old time radio.  The curious Ray Bolger, who'd have parts in Little House on the Prairie, Rich Man, Poor Man, and Babes in Toyland (the 1961 re-make), also has a chapter in the history of classic radio.

Remember those Summer replacement shows? Ray's was The Ray Bolger Show, a stand-in for Jimmy Durante and Gary Moore in 1945.

Later, the quixotic song and dance man would record a children's record called Churkendoose, about a fowl that was a hybrid of--guess which--animals.  Add to this the fact that he was originally up for the part of the Tin Man role in Wizard but coveted the Scarecrow instead, and you have a very colorful, odd addition to the pantheon of character actors in radio's grand history.