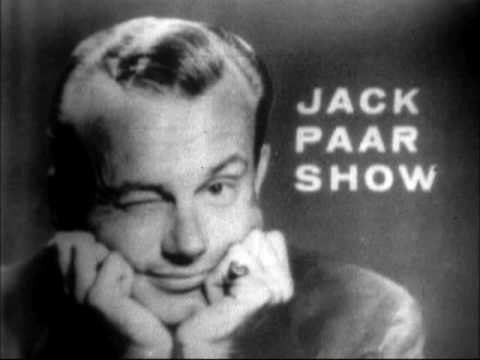 If it were 1918, Jack Paar would be born today. Paar, the host of radio's The Jack Paar Show before the television counterpart, is one of broadcasting's most vibrant personalities. Paar once said that his personality wasn't split but shredded. Perhaps this is what helped him in the format of the talk show, which he's widely-regarded to have pioneered.

In 1947, his radio show debuted as a summer replacement for The Jack Benny Show. It ran Sundays at 7 and was sponsored by Lucky Strike. Episode titles such as "Interview With Beauty Contest Loser," "Singing Cowboy Parody," and "Spoofs on Fan Magazines And Disc Jockeys" go a long way in telling the story.

As good as the radio show may have been, in didn't last long--Paar quickly made the jump to television. It was good while it lasted, and episodes are still available.
Interview With Beauty Contest Loser Jack Benny Jack Paar Lucky Strike Singing Cowboy Parody Spoofs on Fan Magazines And Disc Jockeys