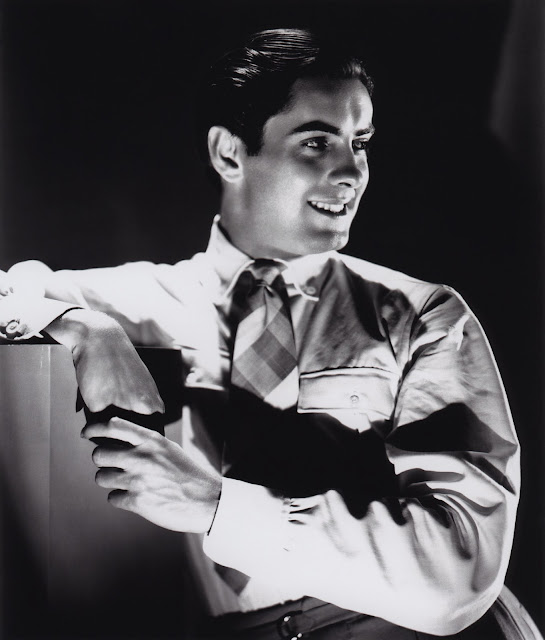 Could Tyrone Power have been anything other than an actor? The branches of his family tree included Laurence Olivier and Tyrone Guthrie, who instituted the Stratford Festival, while his great-grandfather, Tyrone Power (1795-1841) was an actor, as was his father Tyrone Power, Sr. Thus, the man known for his parts in The Black Swan, The Mark of Zorro, and Blood and Sand couldn't have been better suited for a life on stage and in front of the camera.

Today's birthday boy made many solid appearances on some of the biggest radio shows, such as Lux Radio Theatre, The Cavalcade of America, and The Gulf Screen Guild Theatre. On Jan. 7, 1940, he starred alongside Humphrey Bogart in an adaptation of Robert Sherwood's "The Petrified Forest." Power's radio travels also allowed him to work with Gale Gordon, Bob Hope, Bing Crosby, and Hans Conried. So take a moment and remember the times you heard Mr. Power on the radio, on this, the day of his 1914 birth.
Blood and Sand Bob Hope Cavalcade of America Gale Gordon Hans Conried Laurence Olivier Lux Radio Theatre Robert Sherwood Stratford Festival The Black Swan The Mask of Zorro Tyrone Guthrie Tyrone Power