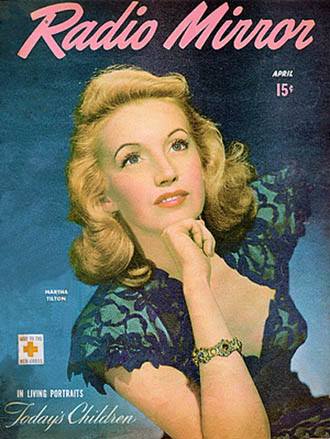 The angels sing a happy birthday to swing era crooner Martha Tilton.  Originally destined to be the pride of Corpus Christi, Texas, Tilton was instead moved with her family to Los Angeles at the tender age of 7.  Taking full advantage of living in an entertainment mecca, Martha turned pro as a singer during the 11th grade and dropped out of school.  We now know her for huge hits such as "Moon Dreams," "I Should Care," and "And The Angels Sing."

While Alka-Seltzer Time might sound like a dubious name for a radio program, listeners were less than nauseated about tuning in to hear Martha Tilton, starring alongside Curt Massey.  After the show's 1953 cancellation, the duo appeared on such programs as Guest For Defense and Guest Star.