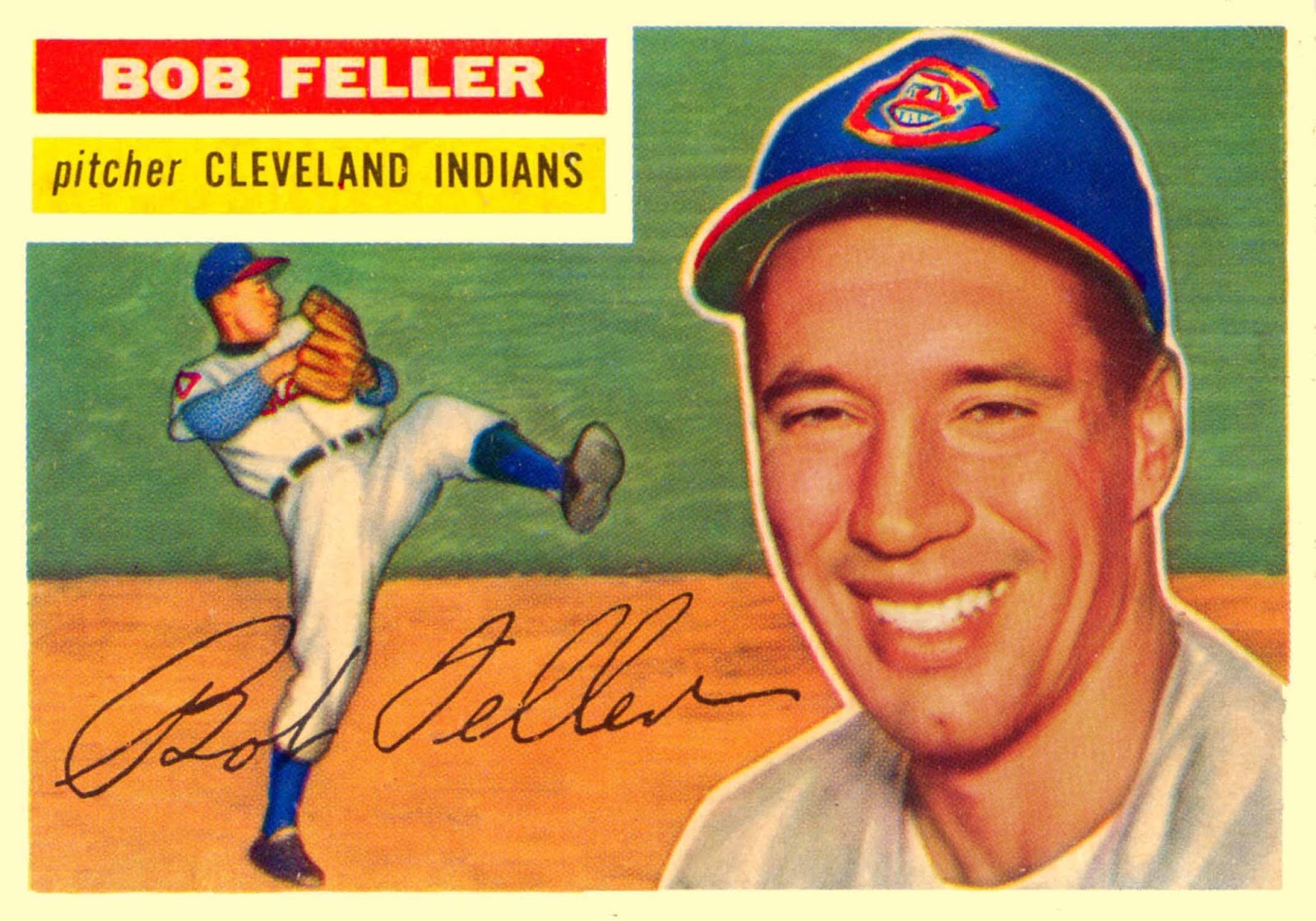 November 3: Happy Birthday, Bob Feller, who was born today in 1938!

Bob Feller was a natural ball player who had a stellar 20 year career with the Cleveland Indians. He was also the first professional athlete to enlist to serve in WWII. After his storied career, he recorded the syndicated Bob Feller Show. The 4 minute programs each showcase a great contest from the history of sports, including Bob's own return to baseball, the wreck filled 1956 Indianapolis 500, Lou Gehrig's attempt at five homers in a single game, the 1936 Stanley Cup game which went into multiple over-times until 2 in the morning, Wilt Chamberlain scoring 100 points in a single game, and many others.
Birthday bob feller old time radio show sports