on October 11, 2019
No one ever accused Eleanor Roosevelt of messing around, doing things halfway.  When her husband, Franklin Delano Roosevelt assumed office to try to medicate the Great Depression, Eleanor set herself upon the task of expanding the role of the First Lady. 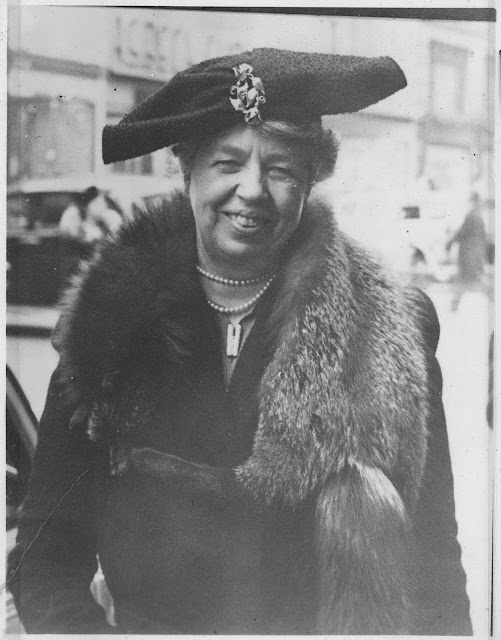 She did things first ladies hadn't done before: she put together her own staff, wrote magazines, and began holding her own press conferences.  This last involved a stinging dart into the state of gender relations, since she rarely invited male journalists.  This was, of course, a protest against the under-representation of female correspondents at presidential press conferences.

At the end of the dramatic and wildly-effective first term, Eleanor launched her own radio program, which, owing to a fondness for literalness, was named Mrs. Roosevelt's Own Program.  This twice-weekly dispatch was themed around women's issues and aired by NBC.