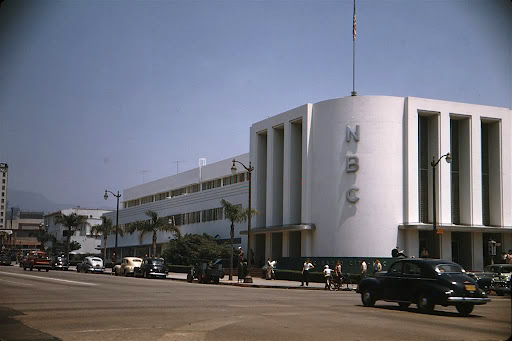 October 17, 1938: On this day, NBC was moved to the corner of Sunset and Vine. NBC became the new Hollywood radio station, one that would attract thousands of people with popular radio programs during the golden age of radio to fill the studio audience seats.

The studio became known as West Coast Radio City, which served as the headquarters for NBC's Red and Blue Radio Networks. It replaced the radio broadcast center located in San Francisco, which had been used since 1927-- the year NBC was established.
NBC moves to Sunset and Vine