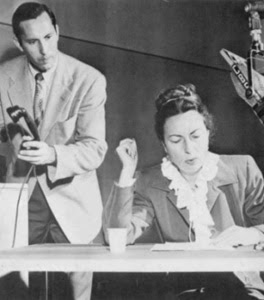 June 17, 1942: Keeping millions of loyal listeners in suspense for the next 20 years (and three months, for the purists), the program Suspense debuted on CBS. It was known as radio's outstanding theatre of thrills.

Considered as the 'Radio's outstanding theater of thrills,  Suspense  was an all-star cast radio program which include many of the biggest stars in Hollywood at that time like Cary Grant, Alan Ladd, Susan Hayward, and Gene Kelly, to name a few. It was often called the best thriller radio program ever made during the Golden Age of Radio. It continued airing for 20 years.