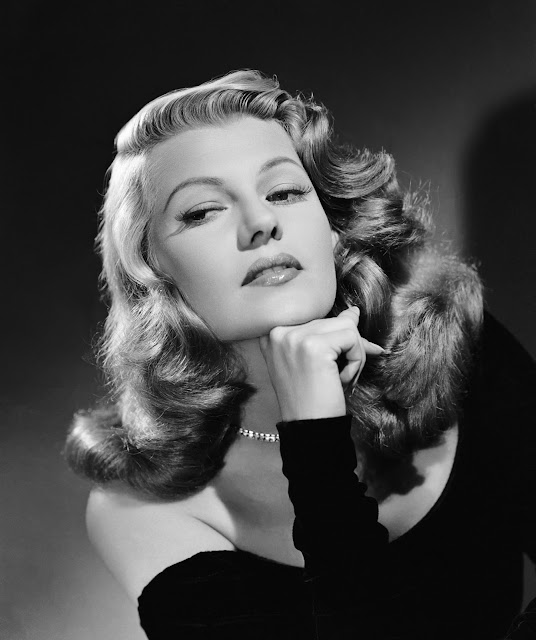 A dancer as a child and actress and sex symbol as an adult, Rita Hayworth was born Margerita Carmen Cansino on this day in 1918.

But let's allow others to worry about her lovelife, her scandals and intrigues.  We're here to celebrate her radio performances: there were many.  She appeared on The Lux Radio Theatre, Gulf Screen Guild Theatre, The Pepsodent Show (hosted by Bob Hope), Suspense, and Command Performance.  On these top-flight shows, she acted alongside Cary Grant, Cecil B. DeMille, George Burns, and Angela Lansbury.