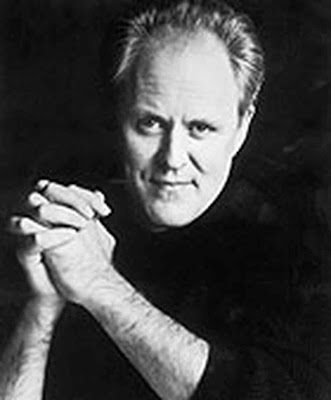 Terms of Endearment, The World According to Garp, Footloose, and Shrek.  Not a bad resume for an actor, and all of these film credits belong to John Lithgow.

The serious and cerebral-appearing Lithgow also appeared in many episodes of CBS Radio Mystery Theater.  Not long before his all-important roles in Garp and Endearment, Lithgow lent his voice to such episodes of RMT as "Alien Presences," "The Dagger of Almohades," and "Portrait of an Assassin."

Another tidbit is that Lithgow played Yoda on NPR adaptations of The Empire Strikes Back and Return of the Jedi.  We wish him a happy birthday!
Alien Presences CBS Radio Mystery Theater Garp Footloose John Lithgow Portrait of an Assassin Shrek Terms of Endearment The Dagger of Almohades Yoda