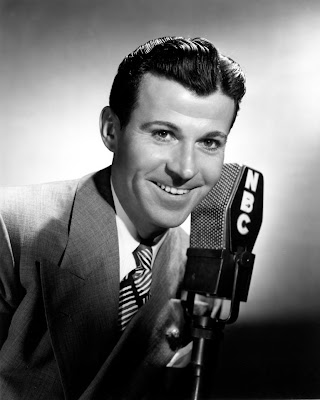 October 3, 1946: Dennis Day, a popular tenor featured on "The Jack Benny Show", started his own show- "A Day in the Life of Dennis Day" on NBC. He played a similar role, one of the naive young bachelor, that he had played on the Benny show.  The show aired for five years.

Otherwise known by his full name Owen Patrick Eugene McNulty, Dennis Day was an American singer of Irish descent. He was also a radio, TV, and movie personality.

On October 1939, Day made his first radio appearance on "The Jack Benny Radio Show," replacing Kenny Baker, another great tenor. While working on this show, he also started his own show, "A Day in the Life of Dennis Day," which aired from 1946 to 1951. Day's having two programs at the same time became a popular subject for jokes on Benny's show.

NBC later tried to make a TV adaptation of Day's show, but without success.
Dennis Day starred on his very own show-- 'A Day in the Life of Dennis Day'