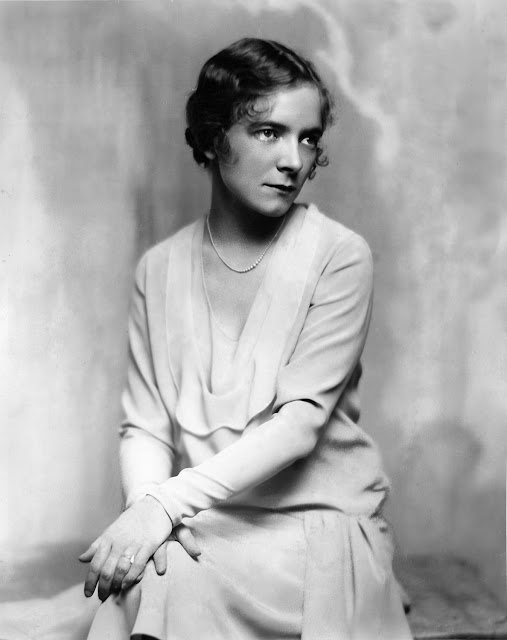 The First Lady of American Theater, the first stage actress to go on to win an Academy Award, Helen Hayes was born on this day in 1900.  Helen Hayes starred in Victoria Regina, The Sin of Madelon Claudet and Happy Birthday.

In 1941, she took the helm as producer, actress and even casting director of the CBS radio series The Helen Hayes Theatre of the Air, a series running contemporary plays.

Hayes starred in a 1938  Lux Radio Theatre production of Jane Eyre and turned in appearances on a wide variety of classic radio series such as The Campbell's Playhouse, The Silver Theatre, and Dupont Cavalcade of America.  Radio gave us all the big stars of the 30's, 40's, and 50's, delivered as just a voice to let our imaginations fill in the rest.  Helen Hayes was just one shining example.
Campbell Playhouse Cavalcade of America CBS Radio Helen Hayes Lux Radio Theatre Silver Theater The Sin of Madelon Claudet Victoria Regina