on October 09, 2015
Stretcher days, cars plasters with religious slogans, and gypsies in garish clothing: all the iconography of one Aimee Semple McPherson, whose birthday we celebrate. 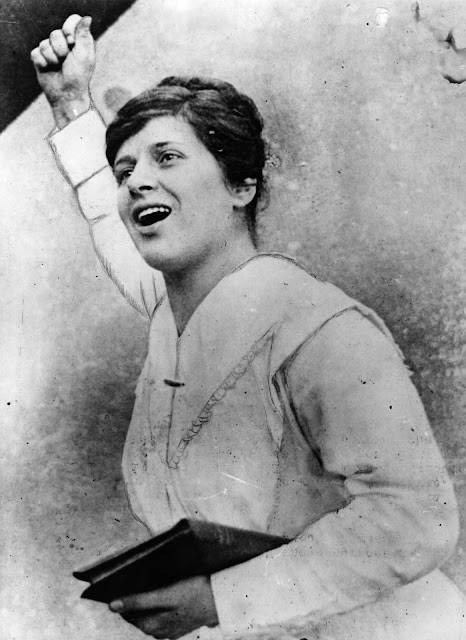 McPherson was a preacher whose message revolved around the "four-square Gospel."  She was well-spoken and charismatic, and she had a radio ministry.  In 1926, she disappeared from her Los Angeles home, alarming her followers, who called for a full-scale investigation. She later reappeared with a yarn about a kidnapping, while it seemed more likely she had run off for a romantic tryst with her radio operator.

In any event, Aimee McPherson, with donations from her congregation, started station KFSG in 1924 to broadcast her message.  On the station, among other programming, she unleashed such sermons as "Big Bad Wolf," "I Found the Keys," and "Seven Sneezes In Shunnen."  That's worth a happy birthday and this brief recognition, right?
Aimee Semple McPherson Big Bad Wolf four-square Gospel I Found the Key KFSG Seven Sneezes In Shunnen