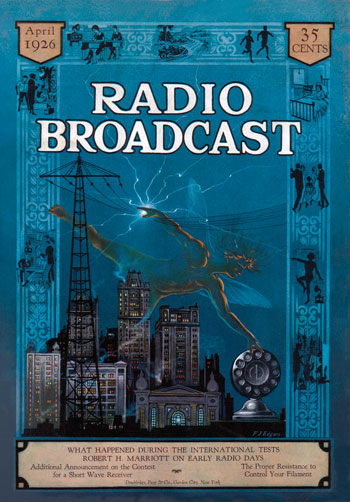 May 12, 1922: The number of listeners who spend their hour in the evening for listening to radio, was increase signicantly. That was a statement of Radio Broadcast magazine on this day.

Since 1921, commercial radio broadcast grew quickly. Radio became the most popular medium at that time. Mostly favorite programs aired in the evening that was the prime time of radio program.

Radio Broadcast Magazine provided technical knowledge about radio for home listeners. Avid radio enthusiasts and readers could get information all about radio receiver and radio station's technology. The magazine captured how radio which was started from hobby then became mainstream that gave influence to culture at that time.
The Influence of Radio