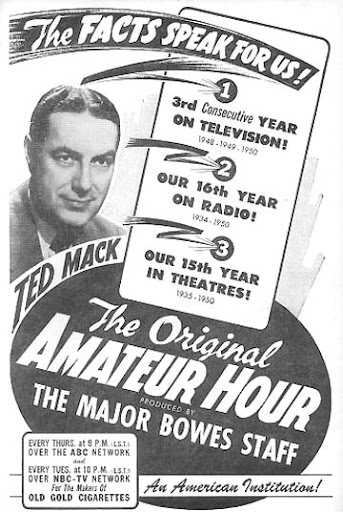 February 18, 1948: The Original Amateur Hour made its comeback to radio on ABC. It was the show’s first transmission in 2 years following the death of the program's producer and presenter, Major Bowes. Bowes served for 13 years, introducing radio listeners to new star flair.

The Original Amateur Hour, the sequel to the show Major Bowes Amateur Hour, was a show aired both on television and on the radio. The highly popular, present-day talent program American Idol was inspired by this show.

Just like in American Idol, the audience in the television version  of The Original Amateur Hour was asked to vote for their favorite contestants (not via text, of course) through telephone and postcards. The telephone number and the mail address were always flashed on the screen.

The show was hosted by Ted Mack, who previously worked as Major Edward Bowes' (the host of the show's predecessor) field assistant.
'The Original Amateur Hour's' radio comeback