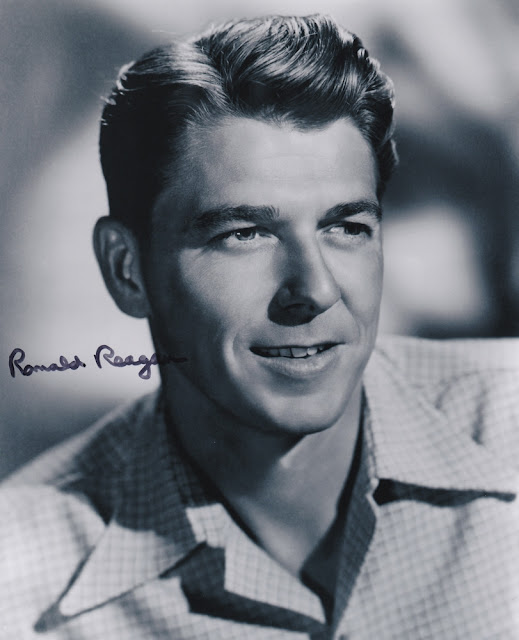 Inventing the cotton gin was one of the only things Ronald Reagan didn't do. The actor, governor, and president actually began his career as a radio announcer.

It all began for Dutch Reagan in 1932 when WOC from Davenport, Iowa needed someone to call
the Iowa-Minnesota homecoming football game. He moved on to WHO , a Des Moines NBC affiliate.

Known for sprinkling some humor into his presidential communiques, Reagan honed his comic style, in addition to his television appearances, on the radio. As he became a relatively big name on the tube, he began, as many TV stars did, appearing on some of the big radio shows. His appearance on Lux Radio Theatre teamed him future wife Jane Wyman for an adaptation of Nobody Lives Forever. The Gipper also guested on The Bing Crosby Show, The Burns and Allen Show, Suspense, and Colgate Sports Newsreel.