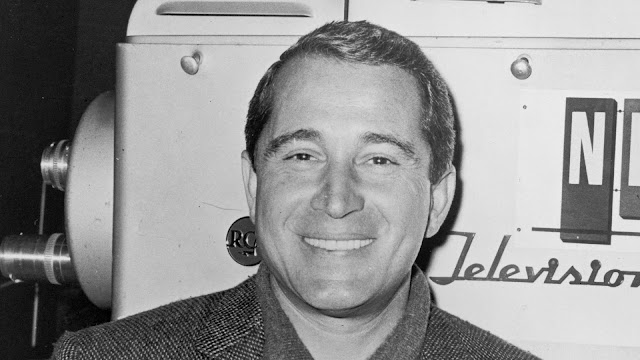 Mr. Perry Como was born on this day in 1912. His show biz career spanned half a century, including his exploits as a singer and also as a radio and TV personality.

In 1943, Como signed on with RCA Victor records and began churning out an amazing string of hits, such as "When You Were Sweet Sixteen," "I Wonder Who's Kissing Her Now," "Because," and "Forever and Ever."

Radio played a big part in Como's life, and not just for playing his songs. He'd begun as a singer in a traveling band led by Ted Weems. When he became a family man, Como decided to quit the road life and was set to begin a middle-class life as a barber. However, an offer of a CBS radio show was what kept him in show business. The RCA recording contract would come not long after.