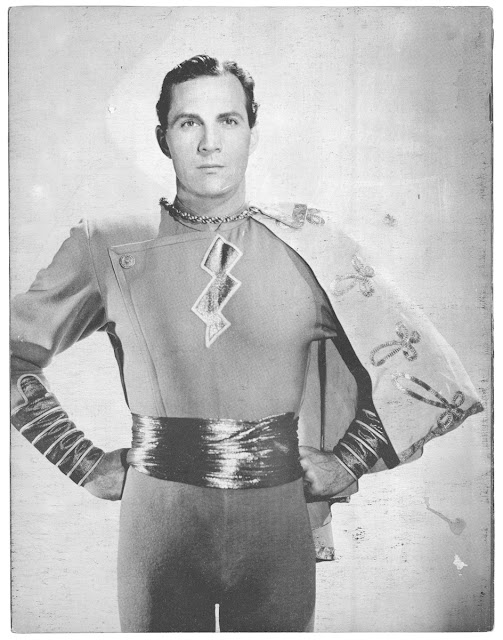 On June 11, 1914, Gerald Mohr was born and appeared in radio, movies and television as one of the all-time favorite character actors. For 20 plus years, Mohr performed in radio as the tenacious gumshoe detective Philip Marlowe on radio in almost 120 radio plays.

Before this Gerald Mohr had been on a path towards becoming a doctor when he was stricken with an illness and taken to the hospital. During the stay he met a radio personality who invited him down to audition for an on-air position as a reporter. in the mid 1930’s he was invited by Orson Welles to join the Mercury Theatre.

By the late 30’s he had moved onto the screen as a villain in the Jungle Girl series. after his military time during WWII, Gerald Mohr began to perform in a number of hit westerns and other serial programs, which ran through the 1950’s. His screen presence made him a favorite to be cast as the tough guy or the murderous villain. His portfolio for hit shows grew until he was one of the most sought after actors to be in the weekly hits. He also made guest appearances on a few of the comedy hits as well, including the Jack Benny Show and George and Gracie. Mohr continued acting until 1969 when he was struck down by a heart attack while performing in Sweden.
Gerald Mohr Jack Benny Show and George and Gracie Jungle Girl Mercury Theatre orson welles Philip Marlowe WWII