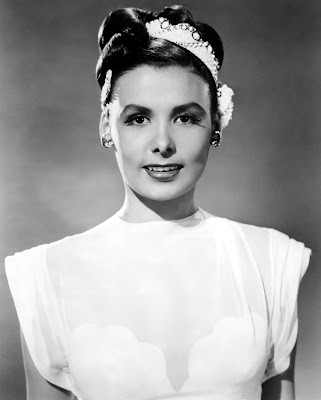 Lena Mary Calhoun Horne was born June 30, 1917. This versatile lady would grown to become an inspiring actress, singer, dancer and involved in civil rights. This descendant of notable early American colonists, John C Calhoun; Lena Horne spent a very uninspired childhood shuffling from grandparents to mother to an uncle growing up. Her mother was involved in a roving black troupe and that had an early impact on Horne’s desire to entertain.

By 1933, Ms Horne became a part of the Cotton Club in NYC. She later became a part of Noble Sissle’s Orchestra, with whom she made her first recording with Decca Records. She then became the main vocalist for the The Chamber Music Society of Lower Basin Street with NBC. during the 30’s and into the 40’s she made a few low-budget films. In 1944, Lena was featured in the radio mystery program Suspense, which featured her singing and acting as a nightclub performer. Also during the period of WWII, Lena Horne could be heard singing on radio programs like, Command Performance, Mail Call and G.I. Journal.

These on-air programs were major hits with the servicemen overseas. By the 1950’s and into the early 90’s, Ms. Horne would be seen on television programs with the likes of Bill Cosby and Frank Sinatra. She was very involved with civil rights issues that affected African-Americans. Lena Horne was married twice and had a son (passed away of kidney disease) and a daughter, Gail, that became a noted author. Lena Horne left this earth in 2010 after a heart attack. The Grammy award winning singer and actress had finally gone home.
Bill Cosby Command Performance Frank Sinatra G.I. Journal John C Calhoun Lena Horne Lena Mary Calhoun Horne Mail Call Noble Sissle Noble Sissle’s Orchestra Suspense WWII