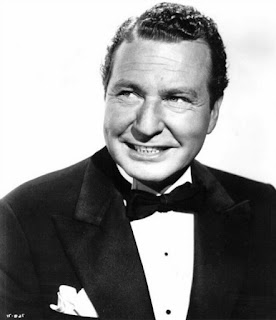 On June 24 of 1904, Baloo...well the voice of Baloo...was born. Phil Harris (first name Wonga) was an actor, jazz musician, singer, comedian and so many other talents. Raised in Tennessee, Harris began his foray into entertainment as a drummer for a circus.

He later formed a band that many runs at the St. Francis Hotel. Following a dissolution of the band, Harris formed a new band that still exists to this day. Through the 1930’s, Phil Harris made recordings for a variety of major labels, including Columbia, Decca and Victor. From the 30’s through the 50’s, Harris would be cast alongside some of the big names in the industry, like Walter Brennan.

He also performed in a film that also created Flying Down to Rio, which set in motion a couple of top names in Ginger Rogers and Fred Astaire. During the 1930’s, Harris made his radio debut by being the Musical Director and comic relief for the Jack Benny Program. The Phil Harris-Alice Faye Show also spent time on the airwaves as a coast to coast favorite.

His southern charm and accent played to the masses in this period of Americana. That was due in large part to the fact harris knew how to reach to the heart of people and not be stand-offish. Married to Alice Faye much of his adult life, Harris would go on to do television and host celebrity golf matches. Harris passed away in 1995 and his wife three years later. It was said that Harris loved his southern beginnings...well, America loved Phil Harris.
Alice Faye Fred Astaire Ginger Rogers Jack Benny Phil Harris Phil Harris-Alice Faye Tennessee Wonga