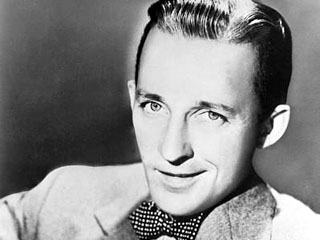 A stirrer of the imagination, a soother of souls, a gentle and loyal companion, Bing Crosby is a crooner for all-time, a superstar of the twentieth century. Known for his songs "White Christmas," "Surrender Dear," and "Sweet Leilani," the baritone was called "the most admired man alive" by Yank magazine.

From 1935-'43, Crosby appeared regularly on Kraft Music Hall. He also made many appearances on Command Performance and Philco Radio Time. These performances, in addition to showcasing his now-legendary vocal skills, allowed him to work with the biggest names of the day, including Peggy Lee, Boris Karloff, Al Jolson, Groucho Marx, and Fred Astaire.