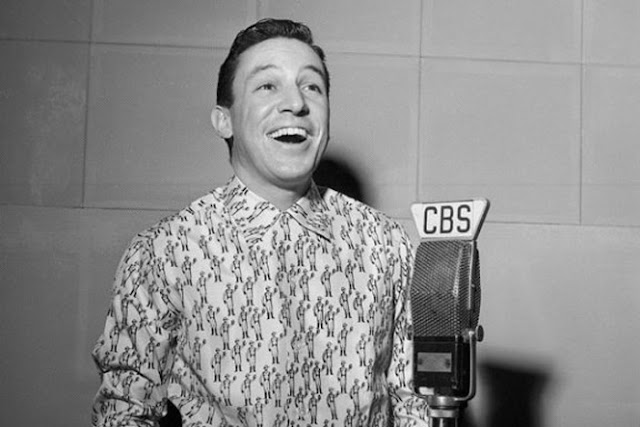 While Massachusetts was Mike Wallace's 1918 birthplace, Michigan was the birthplace of his broadcasting career. Wallace was a writer and newscaster at WOOD in Grand Rapids, and then an announcer at Detroit's WXYZ. After his tour of duty in the Navy during the WWII, Wallace returned stateside and found employ as radio announcer in Chicago, doing the emcee duties for such shows as Sky King and Curtain Time. He got a higher-profile gig announcing for Groucho Marx's You Bet Your Life.

It was then on to broadcast journalism with an interview show called Night Beat. Mike Wallace radio life was concluding as he would go on to television super-stardom, with his claim to fame being 60 Minutes. Wallace died in 2012.
Curtain Time groucho marx Night Beat Sky King WWII you bet your life