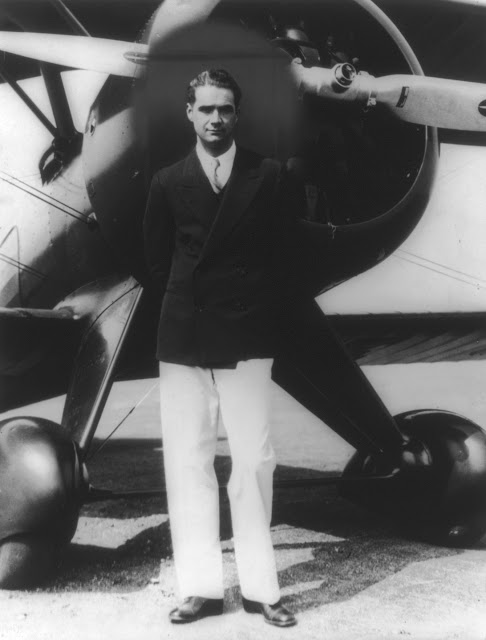 Howard Hughes wanted his money to work for him.  Or maybe he wanted it to play for him.  His philosophy was to take the fortune earned by his dad and to parlay it into opportunities to pursue seemingly incompatible hobbies: making movies and building airplanes.

It was the former that gave us Two Arabian Knights, The Outlaw and The French Law. The latter wasn't quite able to give us the XF-11, Hughes's attempt at a military plane, an attempt that would land him in a spot of hot water with the Senate.

Built with pine and nicknamed the "Spruce Goose," the jalopy crashed upon a test run and earned Hughes the opportunity to be grilled a Senate that thought its funding had been squandered.