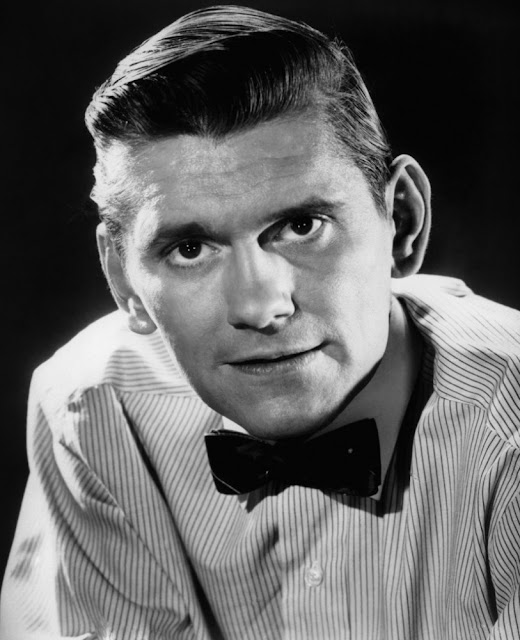 In addition to his role as Darrin on Bewitched, did Dick York do any radio work? That's like asking if Ben and Jerry developed a couple of ice cream flavors.

Dick York was a prolific radio actor who started at the tender age of 15.  He appeared on Grand Marquee, Meet the Meeks, The Cavalcade of America, My True Story, Tales of Tomorrow, and had a run as one of the stars of That Brewster Boy.

On the latter, he was the third of three actors to portray the eponymous character, Joey Brewster.  Apparently the show's writers got entangled in the dragnet of the Cold War Communist hunt, and that was the end of the show.  However, Dick made pitchers and pitchers of lemonade out of those particular lemons, marrying Joan Alt, his character's sister on the show.  Maybe he was Darrin, but to fans of oldtime radio, he was much more.  Happy birthday, Dick!
Cavalcade of America Darrin on Bewitched Dick York Dragnet Grand Marquee Joey Brewster Meet the Meeks Tales of Tomorrow That Brewster Boy