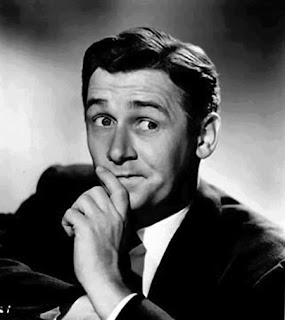 Before his well-known role opposite "The Famous Mr. Ed," this British actor starred in a radio show bearing his name. The Alan Young Show took the air in 1944, a radio summer replacement. This NBC show was a sitcom, featuring Alan Young trading quickfire burns with his girlfriend, Betty, played by Jean Gillespie and then Louise Erickson. Jim Backus would eventually join the cast, playing Hubert Updike III.

Raised in Scotland and Canada, Young became enamored of radio when he was bedridden with acute asthma. Reaching adulthood, he broke into the business on a Canadian show called "Stag Party." Later, after starring in The Alan Young Show, he would make cameos in several episodes of Adventures in Odyssey.

If you're wondering if he is the same Alan Young who made guest appearances on ER, Murder, She Wrote, and Sabrina, the Teenage Witch, the answer is "yes" on all accounts. But more significantly, Young played Scrooge McDuck in various Disney productions.
Adventures in Odyssey alan the movie star Alan Young books cucamunga killer ER Famous Mr Ed landscaping Murder She Worte raising rabbits Sabrina the Teenage Witch Scrooge McDuck Stag Party