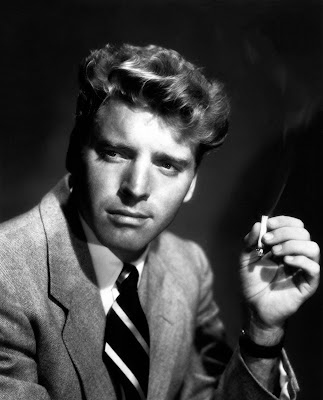 In the world of show biz bios, you can either be a lower-working class kid from Bumble Bluffs, Illinois who hopped on a tomato truck and rode out to L.A. hoping to make it big, or you can come from one of the big cities and be drawn to the entertainment world around you.

Burt Lancaster wasn't from Bumble Bluffs.  He was born in New York City and was very affected by Joan Crawford and Lon Chaney in the 1927 silent film The Unknown.  From there it was a stint working for the circus (OK, maybe he was a bumpkin from the corn belt), Hollywood, and eventually his huge roles in Elmer Gantry, Atlantic City, and The Birdman of Alcatraz.